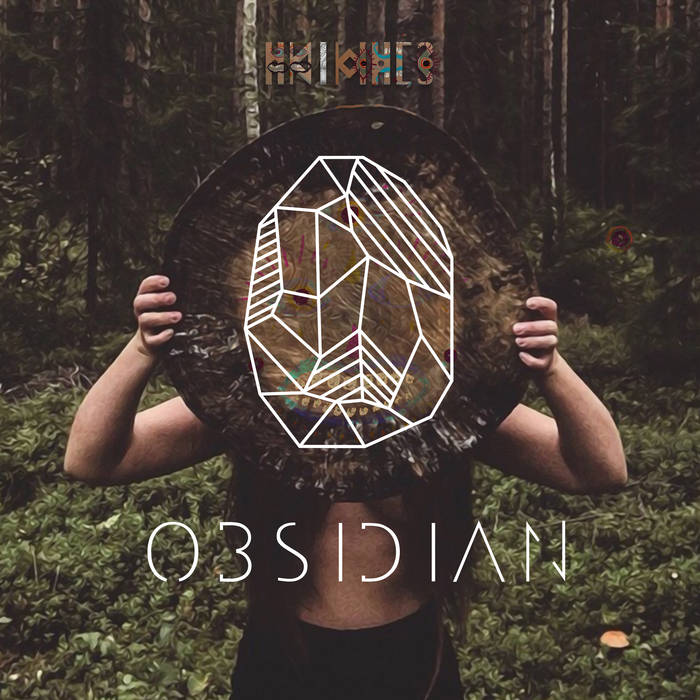 Biologically we are animals, to be precise mammals. Adaptive mutations in the evolutionary cycle, derived from genetic changes in response to changes in the conditions and environment. The evolution of the Human genus that over time has taken over all the species present on Earth.

A spiritual album, soft, at the same time powerful and euphoric, in which natural sounds mixed with other electronics are used. The processes used by the sound artist derive from improvisations on acoustic instruments such as African percussion and drums, natural instruments such as pine fir trunks, branches, ice and stones found and recorded in the woods of Northern Finland. The compositional idea is inspired by biological life and its evolutionary and adaptive processes. The structure of the tracks begins with the recording of the sound material. Then a semi- automatic reworking takes place by the machine, programmed with probabilistic steps and quantisation, thanks to which the recorded portions are chosen randomly.Thereafter the recorded portions are further processed, thus giving life to music with sounds that depend exclusively on the starting sounds, that is, they react and model themselves thanks to the surrounding sound environment. Followed by this process is a clear characteristic and personality of the tracks.

Eleven shamanic rites, prayers in connection with the spirits of nature that protect life in all its forms. Eleven incarnations of the spirits made by the Finnish artist Jenni Österlund with whom 03SIDIAN collaborates for the creation of the artwork and visual representation of the music. The incarnations, in shape of masks, will be disclosed after the album’s publication.

“ANIMALS is dedicated to the spirits of Nature and its inhabitants, animals, plants, bacteria, viruses, fungi, eukaryotic and prokaryotic cells, the whole biological chemical cycle that distinguishes planet earth.”

Are you inside or outside of a cage of ideologies?
If you wait too long you miss out.
If the music pretend too much, it's not music.
Art and words, what is more affective on us?
I say Art and you start looking for something, but if I say nothing and you might find it in the right moment. ... more

Bandcamp Daily  your guide to the world of Bandcamp

Featured sounds by K.Spark and WIZDUMB, plus Basi joins the show to discuss his latest release.